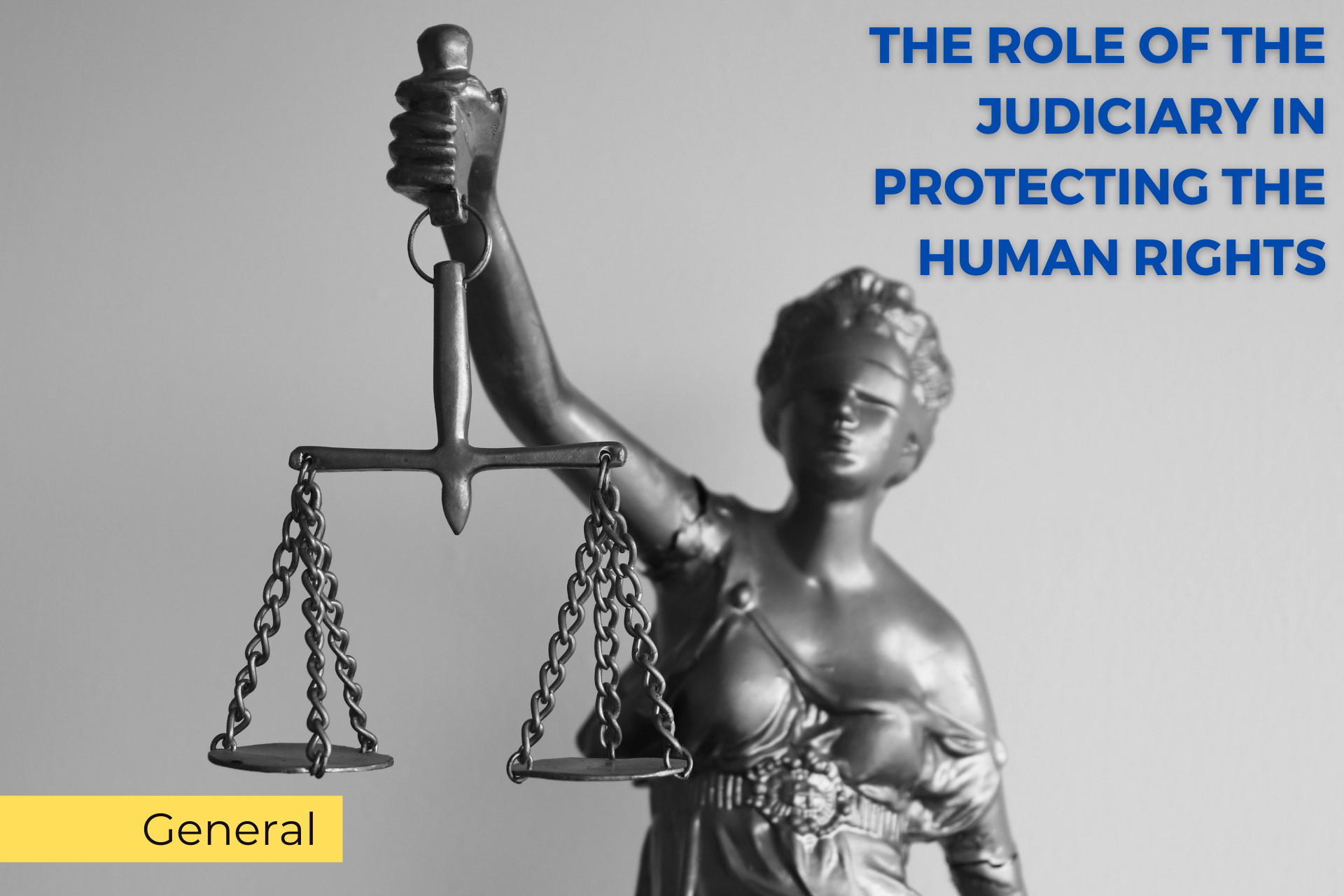 “Human rights are not a privilege conferred by government, they are every human beings entitlement by virtue of his humanity” Mother Teresa It is an obligation on the judiciary and also its constitutional role to protect the Human Rights of their people. In India the Constitution has enshrined fundamental rights under Article 12 to 35. Human rights are a basic but immensely important rights of every individual this right is a universal right and cannot be suppressed, these very rights are not conferred by law but are conferred by the virtue of humanity. Human rights are not a new subject there have been lingering since decades, they can been seen in the manusmriti, vedas and quite a few scriptures. Our judiciary plays an significant role in protecting our Human rights.

Human rights are the worlds most important rights and freedom belongs to every individual, everyone is entitled to their rights without any discrimination as everyone is and must be equal in the eyes of law and justice. Human rights these words comprise of only two words but when they are read together they give meaning to the foundation of human existence. Human rights are moral principles or norms that describe certain standards of human behaviour and are regularly protected as legal rights in the manciple and international law, they are commonly understood as in inalienable fundamental rights to which a person is inherently entitled to simply because he or she is a human being and which are inherent in all the human beings.

The role of judiciary in protecting human rights

Human rights are those rights which we have simply because we exist as human beings they are not granted by any state, these rights are universal rights and are inherent to all of us regardless of a nationality, sex, ethnicity, origin, colour, religion, language or any other status. They range from the most fundamental aspects like the right to life and to those aspects that make life worth living such as the right to food, education, work, health and liberty.

In our country judiciary is known as an independent part of the government and this judiciary has two rules, first the traditional role which is to interpret the laws and the second is judicial Activism which is to go beyond the statue and to excise the discretionary power to provide the justice, it plays both the roles in a very well manner for the protection of fundamental rights. Any individual whose fundamental rights have been violated can directly move to the Supreme Court of India.

The Supreme Court and High Court have the authority to issue writs to the government for the enforcement of these rights. These writs include Habeas Corpus, Mandamus, Prohibition, Quo-warranto and Certiorari. Habeas Corpus is a writ which means that the court orders that the arrested person should be presented before it and it can also order to set free an arrested person if the manner or grounds of the arrest are not lawful or satisfactory. Mandamus is a Latin word which We Command this writ is issued when the court finds that a particular office holder is not doing its legal duty and thereby is infringing on the right of an individual.

Prohibition this writ is issued by a higher court when a lower court has considered a case going beyond its jurisdiction. Quo-warranto this word means by what warrants or what is your authority, if the court finds that a person is holding office but is not entitled to hold that office and it issues the writ and restricts that person from acting as an officer holder. Certiorari under this writ the court orders a lower court or another authority to transfer a matter pending before it to the higher authority or court.

The principle behind PIL “Public Interest Litigation” was explained by the Supreme Court in the case of Gupta V Union Of India by stating that where a legal wrong or legal injury is caused to a person or to determine class of persons by reason of violation of any constitutional or legal right or any burden is imposed in contravention of any constitutional or legal provision or without the authority of law or any such legal wrong or legal injury or illegal burden is threatened or such person or determine class of person is by reason of property, helplessness or disability or socially or economically disadvantaged position, unable to approach the court for relief then any member of the public social action group can maintain for an appropriate direction.

An order or writ can be filed in the High Court under Article 226 and in the Supreme Court in case of breach of any fundamental rights of such person or determine class of persons in this court under Article 32 seeking judicial redress for the legal wrong or injury caused to such person or determine class of persons. The liberalisation of the principle of locus standi the higher judiciary became accessible to the poor and disadvantaged. Many people like civil rights activist and the voluntary organisations have filed a number of PIL petitions on behalf of the victims of human rights violations.

In the initial stage of PIL the courts have entertained even letters as petitions in place of the ordinary process of a petition supported by a affidavit. The rules of evidence in the orthodox time was that the court in a proceeding under Article 32 and Article 226 would not enter into a disputed question of fact or take evidence beyond affidavits. However in the PIL cases the court may appoint a commission to gather evidence where the poor and the disadvantaged people who are directly affected are not in a position to place before the court the relevant materials.

The Apex Court has interpreted the provisions in Article 32 to impose on itself a constitutional obligation to protect the fundamental rights of the people, in the realisation of this constitutional obligation the court has innovated new methods and rights, specifically in the case of the poor and disadvantaged who are deprived of their basic human rights and to whom freedom and liberty have no meaning of importance. Not only have the courts expanded their jurisdiction to enforce human rights by innovating the concept of public interest as regards to the petitioner and the category of the respondent has similarly been enlarged by applying the doctrine of state action.

The soul of the doctrine of state action is that the state cannot get rid of the constitutional limitations or restraints by simply delegating its powers and functions on to some private individual or groups. Persons or authorities who act as agents or instrumentality of the state must be subject to the limitations of fundamental rights, thus no authority or instrumentality or agency of the state can abrogate the right of the persons while exercising power. This very power must be exercised in a fair, reasonable, legal and just manner.

The Supreme Court in applying the doctrine of due process has significantly radicalised the criminal justice and the human rights of the convicts and under trial prisoners, right against torture, right against search and seizure, rights of the accused before and after the trial are protected and enforced by the Apex Court on the sound advice of the constitution and the human rights philosophy.

In India the Public Interest Litigation has served as an engine for judicial activism, the courts are now being identified by the justices as well as the people as the last resort for the oppressed and the bewildered, since the commencement of PIL a number of issues from scams to slum dwellers the intervention of the court for redressal was sought and with this extraordinary move people in some parts doubt that the court has taken on itself the task of cleaning the rot which has set in the Indian polity. A quite popular perception about the judiciary is that it must take reigns of power and govern the country per se government through judiciary but the criticism is that who will control and check this judicial deposit or judicial imperialism.

Judicial activism may be defined as dynamic process of the judicial outlook in a changing society, judicial activism is about providing a proper governance and ensuring the safety, security and welfare of the society. The landmark cases worth noting are Keshavananda Bharti V State of Kerala, Minerva Mills V Union Of India and the tone of judicial activism changed with The Apex Court judgement of S.P Gupta care where it was pronounced that any person could file a PIL for another affected person who was deprived and could not approach the court for justice.

In conclusion, “All the rights secured to the citizens under the constitution are worth nothing and a mere bubble, except guaranteed to them by an independent and virtuous judiciary” Andrew Jackson. the Supreme Court and the High Court of India play a vital role in the administration of justice and in protecting the human rights, as human rights is the very foundation of democracy hence it can be said that India has and is making quite a lot of efforts in protecting and promoting human rights and they are making the necessary changes according to the call of the hour and this shows their seriousness towards their duty.

Though the courts need to work in their efficiency in administration of justice as there are immense amount cases pending and people are in agony over it, people have faith in the judiciary but want quick resolve as judgments are passed after many years hence citizens are not entirely happy a nation is free and secure when the citizens rights are protected.  A country develops when the society where people reside are in a state of harmony and enjoy their fundamental rights entirely. 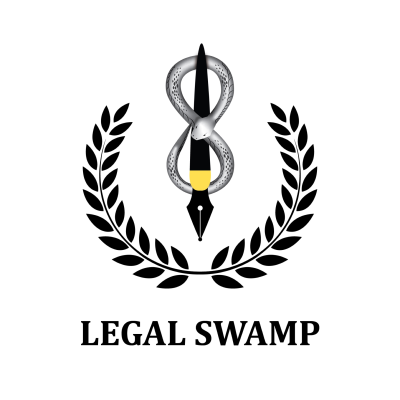